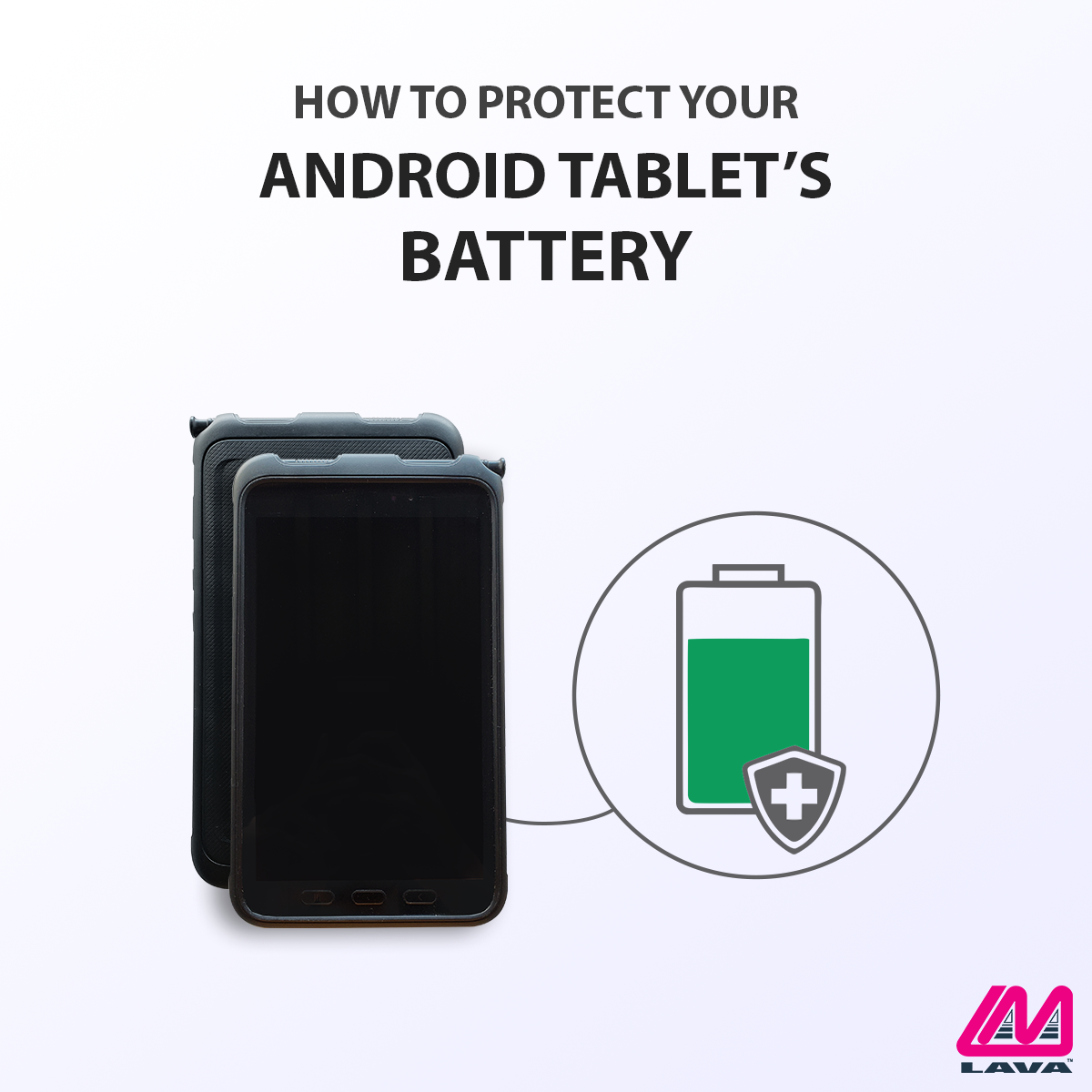 An Android tablet is a great choice for mobile kiosks, digital signage and other installations. However, when the tablet is put into a kiosk or used in another 24/7 setup where it is constantly receiving power, its battery can become damaged and bloat over time. This will make the tablet unusable and will require you to replace it, which can be quite costly.

This article will provide an overview for the problem and provide potential solutions to prevent this from happening.

Android tablets these days often come with large-capacity batteries that can give you several hours of use at a time. However, if the tablet is being used in a 24/7 setup, it will need to charge eventually.  That’s why many permanent setups have the tablet connected directly to an AC power source. Unfortunately, this can lead to battery issues over time, such as degradation and bloating. Battery bloating (or swelling) is where the lithium-ion battery literally swells inside its chassis, which can severely damage the mobile device.

This is usually caused by the tablet overheating in one way or another. The excess heat messes with the chemistry of the lithium battery and shortens its lifespan. While it isn’t possible to reverse the damage, there are steps to ensure it doesn’t happen.

Some of the most common causes of tablet overheating include:

Mobile devices inevitably heat up while they are in use but if the device has proper ventilation then it will have the opportunity to cool down. This is especially important if the tablet is being used in a stand-up enclosure or kiosk. You need to make sure the third-party enclosure is not somehow blocking the tablet’s airflow. If it is, the tablet will keep the heat captured and the device will stay hot which ultimately leads to battery damage over time.

Check that the enclosure or mount is not covering a vent on the tablet and has openings or holes to allow the hot air generated by the device to escape. If your tablet kiosk is in a location that is already warm, such as outdoors in direct sunlight, this is an even greater concern.

One of the greatest sources of heat on a mobile device is the screen itself. There’s really no need to keep the tablet’s screen at 100% brightness. You can easily reduce the brightness by 20% or even 30% in the display settings. This will significantly cut down on the heat generated by the device and reduce the strain on the battery at the same time.

A mobile device will generate heat as it charges and the higher wattage the charger, the more heat it will produce. Many new phones and tablets are equipped with a ”Fast Charging” capability, which use a higher wattage charger to speed up the charging process. While it’s nice to be able to charge the tablet quickly with a 45W or 100W charger, if your device is in a permanent or semi-permanent setup, there is no need for this as your device will be plugged in much, if not all, of the time. So it doesn’t matter how fast or slow it is charging.

Use a LAVA eSynC Adapter to Protect the Battery

Another common cause of battery capacity degradation and physical bloating is overcharging the device. Overcharging refers to when a device is left plugged into its charger continuously even after reaching 100% charge. When a battery is left in this state of continuous charging, it produces extra heat which has been known to cause a chemical reaction within the lithium-ion battery which ultimately leads to battery bloating.

The eSynC series is LAVA’s top-tier line of Enterprise SimulCharge adapters which provide simultaneous charging and access to data to compatible USB-C devices. The eSynC lines features RBM technology which uses Battery Modulation to prevent mobile devices from overcharging and their batteries from bloating. Battery Modulation mimics the standard charging and discharging cycles of a standard lithium-ion battery to keep it healthy.

Through the LTM app, which must be installed on the mobile device for the adapter to work properly, users can set upper and lower charging boundaries for the mobile device. When the tablet charges to the upper percentage (75% by default), the eSynC adapter will turn off charging. It will then let the tablet discharge to the lower percentage (45% by default) before turning charging back on.

Battery Modulation ensures the mobile device never exceeds a 100% charge. It won’t overcharge or cause an intermittent trickle charge as the battery constantly drops slightly below 100%. This extends the lifespan of the battery. This cycling of charging also reduces heat as the battery won’t be heating during its discharge.

As an added bonus, RBM also includes a Screen Brightness Management feature to reduce heat from the display. While its functionality is similar to just adjusting the tablet’s own display brightness settings, Screen Brightness Management lets you set a brightness level for daytime and another for night-time. This is useful if you have your tablets in a permanent setup that is operational during the day but closed at night. The setting allows the tablets to cool down during off-hours.

Which Adapter to Choose?

The eSynC line comes in various different port configurations, with options for Ethernet and multiple USB-A ports to attach peripherals. However, two adapters that would work well with a compatible tablet in many 24/7 setups are the eSynC-BM-OEM and the eSynC-PE.

The eSynC-BM-OEM has a single purpose – Battery Modulation. It’s a small, compact board-only adapter. It can easily be incorporated along with the tablet into a kiosk or other type of third-party enclosure for a mobile-based application. The eSynC-PE, on the other hand, has its own ABS casing and also features Power over Ethernet (PoE). PoE provides power and data over the same Ethernet cable, simplifying cable management.

While many Android tablets have long-lasting batteries, they will degrade over time and when one is used in a kiosk setup where it’s constantly charging, it can also suffer from battery bloating. However, if you ensure the tablet has good ventilation, that its screen brightness isn’t set too high and you avoid using a Fast Charger, you can reduce those risks. For extra protection, you can pick up an eSynC adapter from LAVA which provides overcharge protection through Battery Modulation. You can find out more on LAVA’s website.