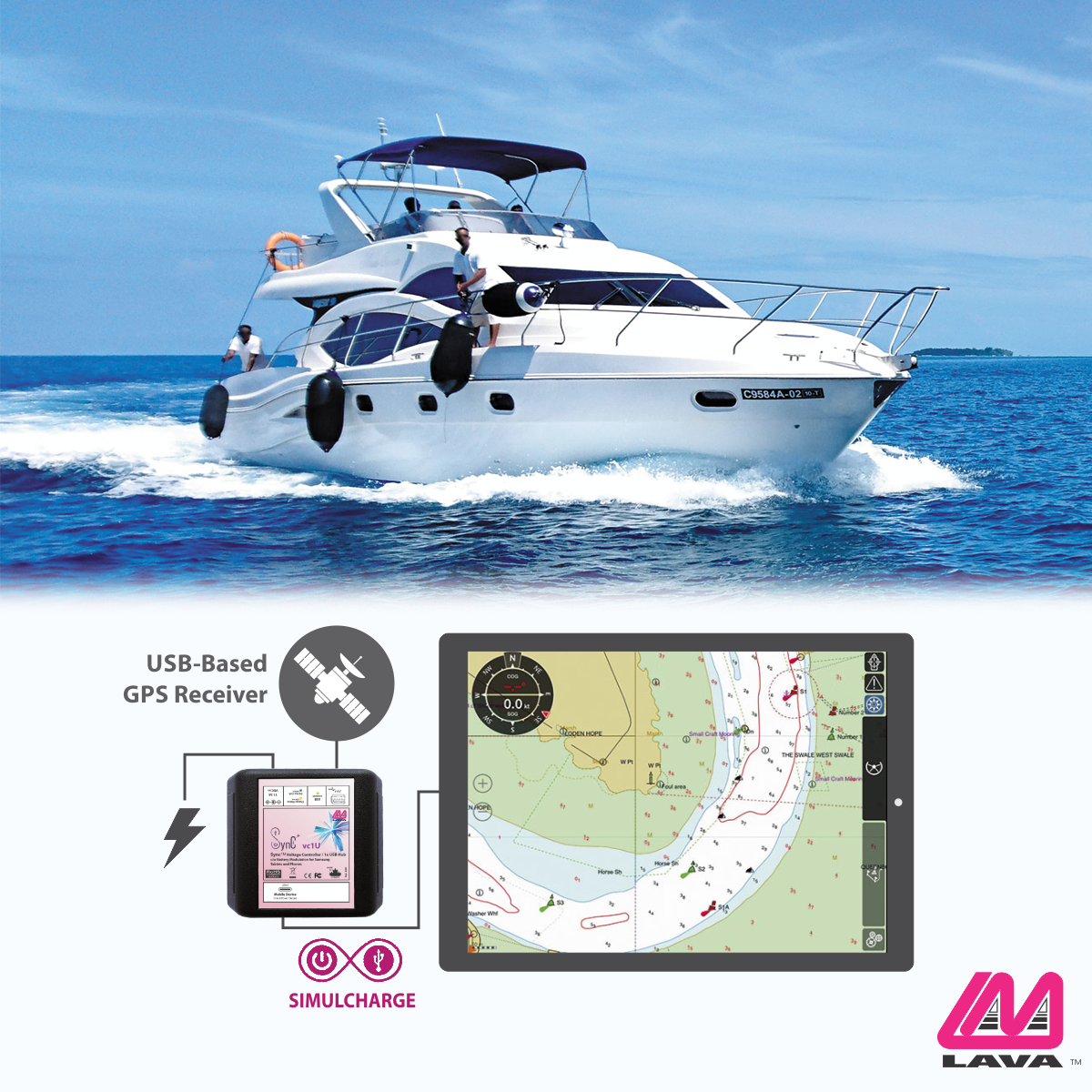 If you’re going out on the water, you’re going to want to know where you are, especially if you lose sight of land. That’s why it’s vitally important to have GPS so you don’t get lost. While dedicated systems exist, an Android tablet, such as the Samsung Galaxy Tab S6 Lite (SM-P610), and a LAVA SimulCharge adapter, such as the eSynC-vc1U, can provide a cost-effective alternative.

The Tab S6 Lite is a 10.4-inch mid-range Samsung tablet with a built-in GPS chip, which is actually capable of using multiple positioning systems as well: GPS, Glonass and BDS (also known as Beidou and Compass). In some markets, it also uses Galileo.

The eSynC-vc1U can enhance this setup. The adapter provides compatible USB-C Samsung mobile devices (including the Tab S6 Lite) with simultaneous charging and access to data, a voltage converter, RBM Technology and 1 USB-A port for a peripheral.

The one USB-A port can be used to add a USB-based GPS receiver or data logger to improve the readings and, in the case of the data logger, keep track of where you’ve been. While the Tab S6 Lite can use different positioning systems, there are third-party peripherals that can access additional for a more accurate readout. With multiple options, you don’t need to rely on a single positioning system to know where you are and it can also help improve accuracy overall. The tablet can also take advantage of the various sailing and nautical charting apps available on the Google Play store.

On the other hand, the voltage converter can take a DC power input of between 9 and 36 volts. It then steps this voltage down to 5 volts for use with the mobile device. This allows the adapter to plug directly into the boat’s electrical system and power the mobile device through it. So you don’t have to worry about the tablet dying while you’re using it, especially when you’re in the middle of the ocean.

LAVA’s eSynC-vc1U paired with a Samsung Galaxy Tab S6 Lite provides an excellent alternative for a dedicated GPS system on a boat. The tablet has a built-in GPS chip that has access to multiple positioning systems, while the adapter’s USB-A port allows for a third-party GPS peripheral for more accuracy.

The adapter’s voltage converter makes it possible to power the tablet from the boat’s own electrical system and Battery Modulation protects it against overcharging and battery bloating. To find out more about the eSynC-vc1U adapter, check out LAVA’s website.