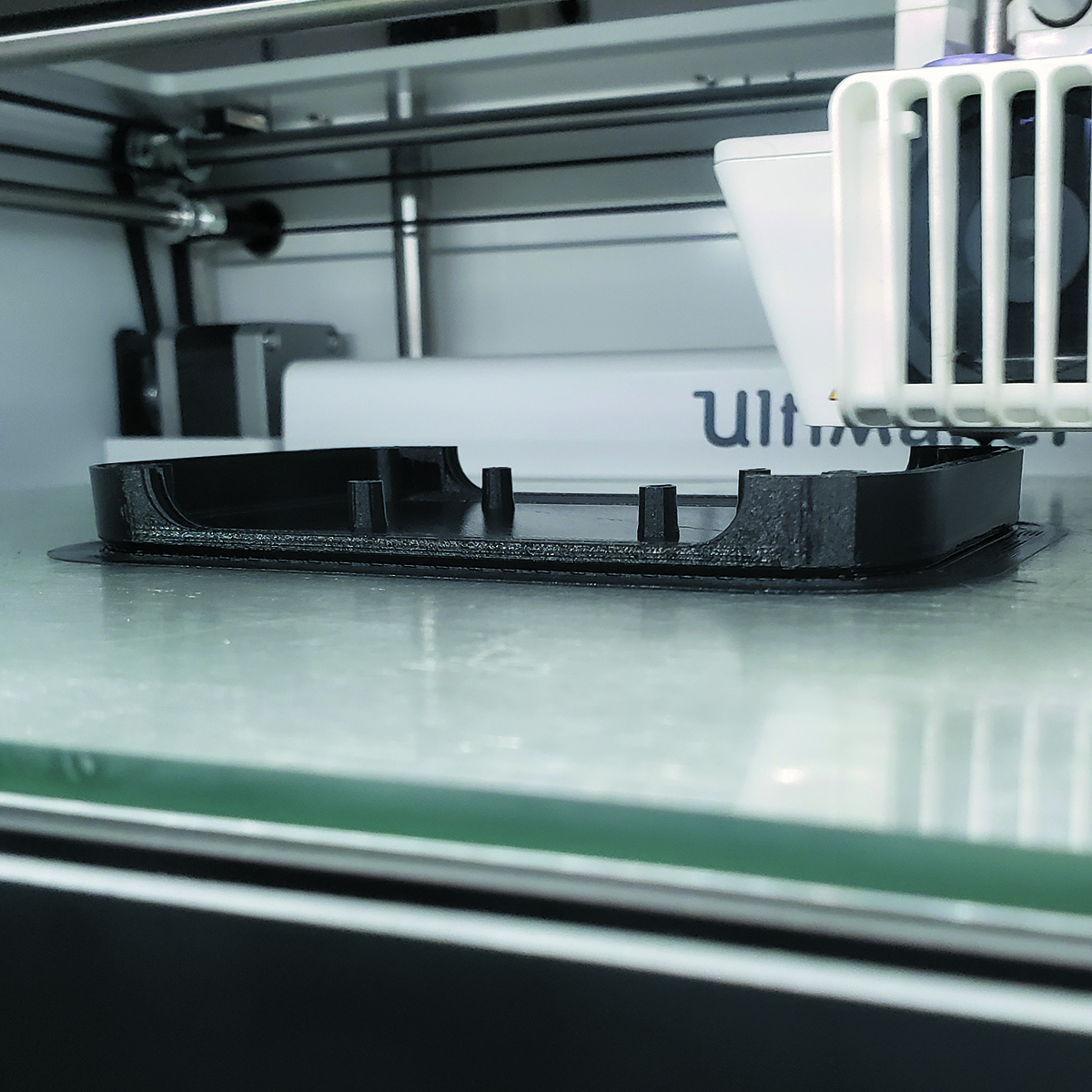 Earlier this summer, we published an article explaining why we use prototypes in our manufacturing process. This week, we want to expand on that aspect of production, and demonstrate in-depth, how prototypes are designed and constructed using 3D printing. Many of our prototypes and small part production processes rely on this technique for quick, accurate, and efficient manufacturing. This article will provide an overview of 3D printing, explain why LAVA uses this technique, and present LAVA’s entire printing process from the design to the final prototype.

3D printing is a commonly used term which refers to additive manufacturing that sequentially layers materials to create three-dimensional objects. There are many types of 3D printers and methods, such as Stereolithography (SLA), Selective Laser Sintering (SLS), Fused Deposition Modeling (FDM), Digital Light Process (DLP), and more. In commercial markets, 3D printers are often used in rapid prototyping, spare part production, and small-scale manufacturing. Additionally, 3D printing is used to create organically shaped parts that would be difficult and expensive to build with traditional manufacturing processes.

The concept of 3D printing originated in the 1980s when a Japanese doctor designed the earliest version of a Stereolithography (SLA) printer. This type of 3D printing uses a laser to cure liquid resin into hardened plastic, a process referred to as photopolymerization. However, it was in the U.S. where patents were issued for both SLA and Fused Deposition Modeling (FDM) – a process where thermoplastic filaments are pressed through a heated nozzle to melt the material and connect consecutive layers. The expiry of both American patents in the late 2000s was a catalyst for global implementation by companies and individuals alike. Today, FDM is the most affordable, popular, and widely used method of 3D printing.

LAVA uses 3D printing over other prototyping methods because it allows us to accurately construct complex shapes within a short time period while minimizing the use of raw materials. Printed components can then be combined to form a larger prototype, which allows us to examine its function and form while eliminating the hazard of unintentional interferences between parts. Contrasted with other comparable production methods, 3D printing has low maintenance and material costs; the global success has made the technology and associated resources universally available and cost-efficient. LAVA specifically uses an FDM printer because this method enables quick printing, has a low upfront cost, and requires few post-printing processes. FDM printers are compatible with a variety of filament materials that are easily accessible at a low cost with moderate strength and durability. Our in-house printer is the Ultimaker S5, an FDM 3D printer; we selected this particular printer due to its large print volume, renowned reliability and durability, and dual extrusion which allows for two different filaments (material or colour) to be printed simultaneously. To better illustrate how 3D printing is done at LAVA, the process can be divided into four key stages: Design, Slice, Print, and Post-Processing.

The initial brainstorms and concepts are developed through hand sketches and later designed in computer-aided design (CAD) software. Using SolidWorks™, LAVA’s engineers are able to design and test the compatibility of each individual component, discover any unanticipated issues, and run simulations to test product constraints or interferences. Then, the design is optimized based on the simulation data for improvements in function, strength and reduced weight. Upon completion of the design, the model is exported as an STL format to be read by a Slicer program.

The STL is imported into Cura™, a slicer program that divides the model into horizontal layers and provides a simple set of instructions per layer for the 3D printer to follow. This process dictates the exact locations, scale, orientations, and other parameters including the density and supports for the objects being printed. When the files are ready, they are exported again, into GCODE to be read by the printer.

Before the Ultimaker S5 3D printer receives the GCODE files and starts printing, the desired filament(s) must be loaded into the printer. As individual components are completed, our engineers analyze them to determine if any further design revisions are necessary. LAVA primarily uses PLA filament during prototyping since it is widely accessible, inexpensive, and easy to print with. ABS filament is also used in many final prototypes due to its material properties that allow it to withstand high temperature and UV effects in outdoor settings.

As each component is printed, the support materials are removed from the model, and post-processing is conducted to ensure clean edges and proper sizing. If any revisions to the design are deemed necessary, these processes are repeated until the components and resulting prototype is approved. At this point, a final version of the prototype is printed at a high resolution for a last quality assurance check.

LAVA primarily 3D prints prototypes of adapter casings and enclosures. We recently produced a prototype casing for a project involving a regional transit organization, in order to accelerate the tap payment process for disabled Ontarians. The prototype served as a proof of concept for injection molded ruggedized casings to house a customized LAVA adapter and a mobile scanner. Then the final prototype design was 3D printed, and served as a reference model for the finished injection-moulded casing that will be used out in the field. (See Image Below for Prototype Casings)

A= Early Proof of Concept

3D printing allows LAVA to turn designs into prototypes quickly and precisely. Moreover, it gives our engineers the ability to test out new ideas, explore different design concepts, and pursue solutions to complex problems with an efficient use of time and resources.