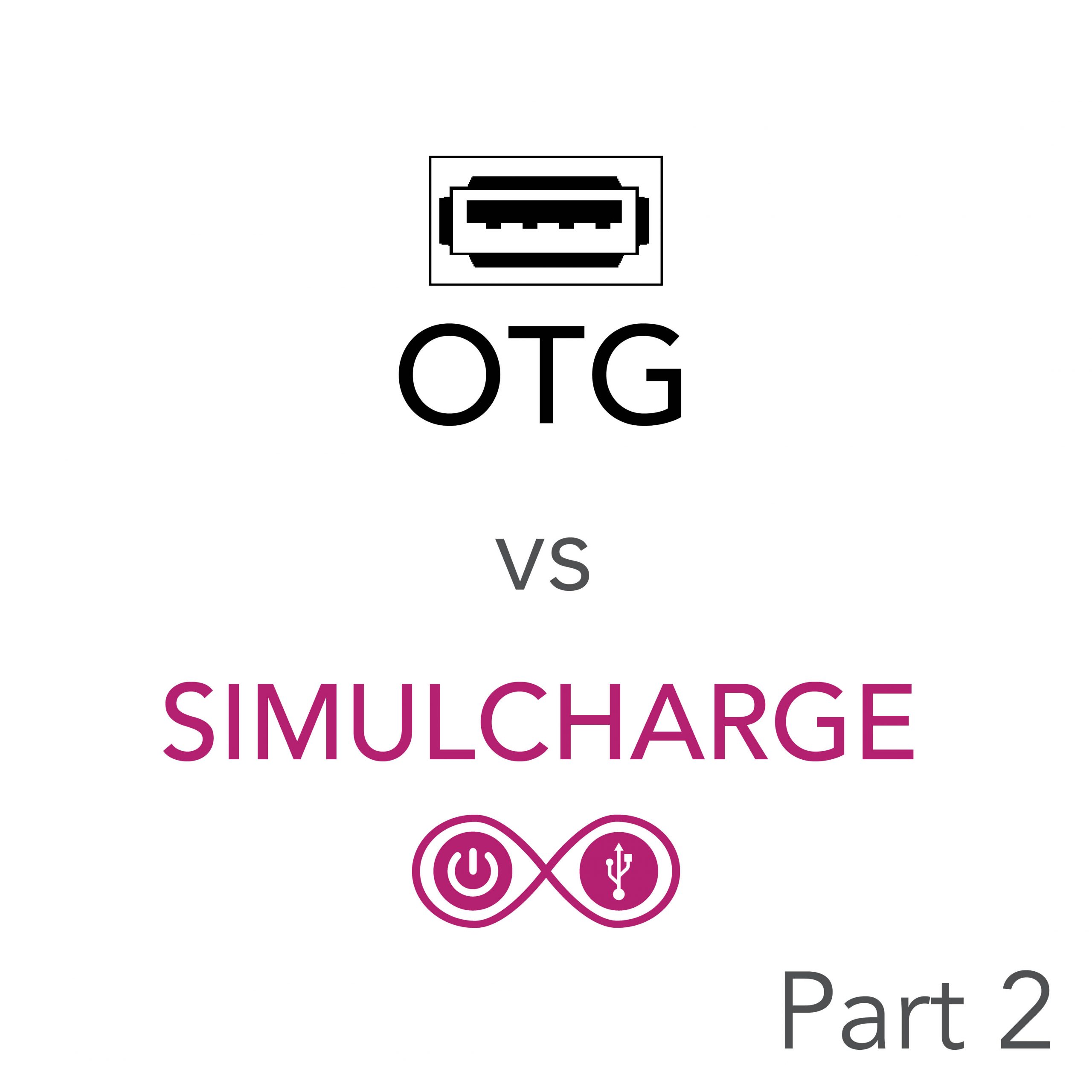 In the previous article about OTG vs. SimulCharge we delved into what OTG and SimulCharge really mean and the differences between them. More specifically, how they allow a mobile device to interact with a peripheral, and how they determine which device is USB Host and which is Power Provider.

A few days following the writing of the OTG vs. SimulCharge article, I received a call from a customer about their Micro USB Samsung tablet (keep in mind this information is applicable for USB – C units as well). The customer posed the following question: “I can plug my tablet into the computer to charge it and transfer data… isn’t that the same thing as this SimulCharge mode you are describing?”

Using the terms described in the previous article (i.e. USB Host/Target and Power Source/Sink), let’s examine the relationship between the computer and the tablet from the perspective of power and USB host. When you connect a tablet to the computer, the computer must be a USB host. It detects the presence of a new device and begins to “probe” said device over the data lines. This probing is to determine if the device is capable of sustaining a data connection; if a positive response is received, the computer informs the other device (in this case the tablet) that it is the target device.

Since we have established that the computer is always going to be a USB Host, we have implicitly proven that this connection cannot be SimulCharge. The reason being is that in SimulCharge the mobile device is designated as the host, while here it is a target.

Although we have demonstrated that a computer to tablet connection is not SimulCharge, it is worthwhile to mention one more thing, about the power connection. Despite the tablet being charged and thus acting as a power sink, it is important to note the rate at which the tablet is being charged. When connected to a computer the mobile device will charge at a maximum of 2.5 Watts (0.5 Amps at 5 Volts). By comparison, a charger (and SimulCharge adapter) can charge at up to 10 Watts (2 Amps at 5 Volts). Please note, for USB-C PD capable devices this wattage may be much higher given those units’ capabilities to form power contracts.

So, although the tablet does indicate it is charging, it is being charged at such a low rate that it will either take ages to reach 100%, or if you are intensely using the mobile device or constantly at a higher screen brightness, you are likely to drain the battery.

To conclude: it may appear as if connecting your mobile device to a computer is the same thing as SimulCharge, but the results show otherwise. SimulCharge enables select devices to be fully powered and charged by your power supply (or PoE) while giving your device full USB Host capabilities to interact with numerous user-defined peripherals.