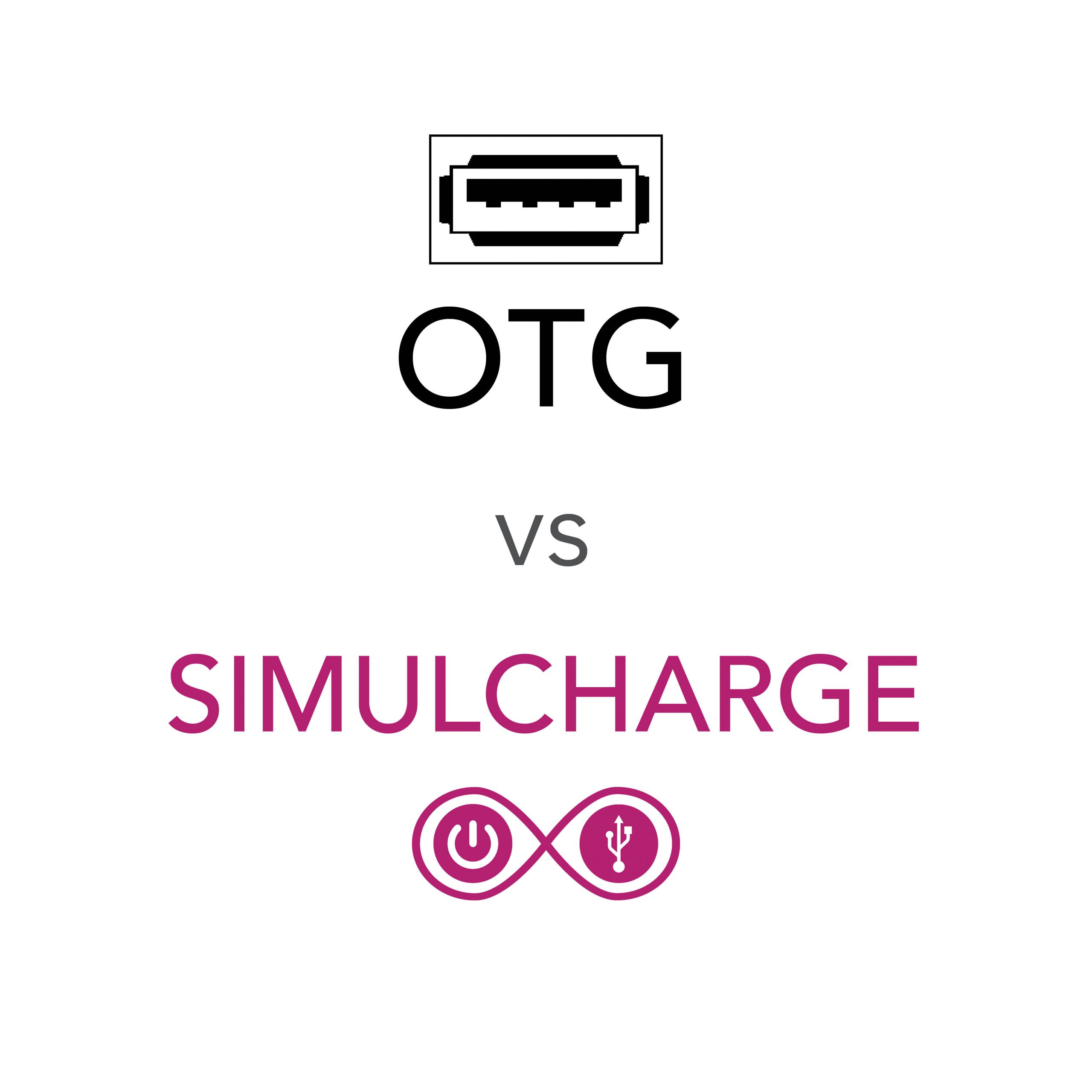 As LAVA’s technical sales engineer, I frequently answer questions from customers about mobile devices and their specifications – usually regarding tablets. One such recurring question is: “Does OTG support indicate SimulCharge capability/compatibility?” The short answer is: No – a mobile device’s OTG capability does not indicate if the device is capable of supporting SimulCharge mode. So, what’s the deal? In order to explore why this is the case in depth, there are a few concepts that should be made clear.

The first concept is that of the USB Host or Master. When two devices communicate via USB connection, a hierarchical relationship is established between them – often referred to as either the host/target or master/slave relationship. A USB Host or Master is the entity that is allowed to initiate all communication between two USB devices. As the second naming convention suggests, the Target or Slave unit is not allowed to “speak” or communicate until the Host has “spoken” to it, thus creating a clearly defined communication system. In more practical terms this means that the Host can see everything that is on the Target device while the Target device is completely blind to what is on the Host’s side (think of how a computer (Host) can see everything on a plugged in tablet (Target) but not vice versa).

The second concept that should be touched on is that of the Power Provider or Power Source. As the name suggests, this is the device that is providing power to the other unit(s); all power flows from one device to other devices in the connection. An important distinction to note with power sources and USB is that the power source does not necessarily need to be the USB Host, since power provision and data are completely separate from one another. That being said, most of the time the USB Host tends to be the Power Source as well.

Now that I’ve clarified some concepts, we can dive into OTG mode. USB On The Go (OTG) is a term that refers to a USB specification, first used in late 2011, to denote a mode for a USB equipped mobile device (this mode was designed expressly for mobile devices). This particular mode (OTG) handles the host/target relationship that exists between all devices connected via USB – but with one extra and crucial addition: it denotes who the Power Provider will be. OTG states that when a mobile device is connected to a peripheral, the mobile device shall become both the USB Host and Power Source to the peripheral. Therefore, power flows from the device battery and the device is able to see/control the peripheral. In most consumer scenarios this mode is sufficient, as this allows users to connect peripherals such as USB mice, mass storage devices and a wide array of other accessories.

So what is SimulCharge then?

As the diagrams denote, the major difference between OTG mode and SimulCharge mode is determined by the device that becomes the Power Provider, OTG mode expressly states that the mobile device must be both Host and Power Source, so it is impossible to say that a device is in OTG mode while having power provided to it. Thus, the fact that most (if not all) mobile devices are capable of OTG mode does not reflect whether they can function in SimulCharge mode – it is unknown if the device can remain a USB Host while being a Power Sink (power receiver).

The only way to truly know if a device supports SimulCharge is to test it – this is why, since the release of our first SimulCharge capable product, LAVA has always offered free testing of mobile devices to customers, to help determine if their units have the required support.