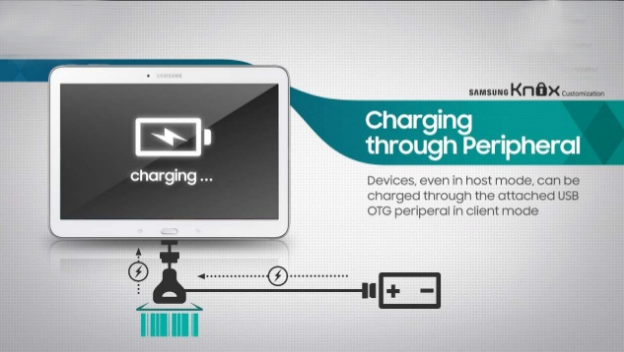 Why does LAVA only support Samsung Tablets?

A few years ago LAVA was approached by a customer to develop a solution for utilizing an Android tablet as a low-cost controller, in conjunction with several USB peripherals. The project required that the tablet operates in USB Host mode with 24/7 functionality. This early product was the starting point for what would eventually become the LAVA STS-** family of devices.

There were several reasons for limiting the project only to Samsung tablets:

Now unlike most Android tablets on the market, Samsung tablets have the distinct advantage of having a mode which allows them to operate as a USB HOST and charge at the same time! This is a key feature and something that we at LAVA refer to as SimulCharge Mode (i.e., simultaneous charging while working with USB accessories), this mode makes Samsung Tablets an ideal candidate for a Kiosk or Enclosure solution.

It should be pointed out though that while the USB Specifications describe a feature similar to SimulCharge most tablet manufacturers have chosen to not adopted this functionality. In addition, Samsung’s implementation differs slightly from the USB standard, so should another manufacturer develop the concept further, it will likely differ from Samsung’s implementation. As such LAVA’s STS products were designed to integrate with the standard that Samsung chose to adopt.

Also most Samsung Tablets support wired USB Ethernet adapters by default, something that not a lot of Tablet vendors have chosen to do. WiFi connectivity is perfectly suitable for an “at home” situation however for a Kiosk or Enclosure that requires intensive network operations wired Ethernet is often preferable to WiFi. The security and interference issues associated with WiFi, in addition to the concentration of devices in an area, will always make wired Ethernet an ideal choice for an Enclosure solution. Samsung’s default support of USB Ethernet Adapters is something that we’ve tried to take advantage of throughout our entire family of STS products.

While Samsung supported USB peripherals is fairly extensive it is still rather limited in comparison to that of a PC. A PC has the software built in to support a variety of devices, and it is fairly easy to add customizing software (i.e., drivers) to a PC. Many upgrade options are possible for a tablet if it is rooted; however, this violates the warranty. We felt that Samsung’s standard supported USB peripherals were broad enough that rooting wouldn’t be required for the project parameters.